First, LM is a friends group who enjoy to play the music they like. Each one of them come from a different land of music style but indeed they are very complementary when they play together. 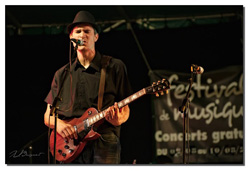 The sweetness of his tone combined to the energy of its live performances, allows him to capture in a unmatched way with its 6.6 feet in height, the crowd that always gathers more people to each of the LM group concerts. This is the band songwriter, the lead singer and each of his creations is magnified by the alchemy that united them. 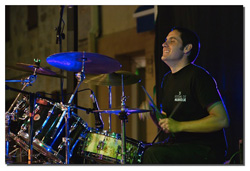 He is the pulse and helps to groove of their music. Metronomic drummer, he has energy to spare.
Also comfortable on his drums that in life, he plays LM concerts without complexes and his performances are always of high quality. 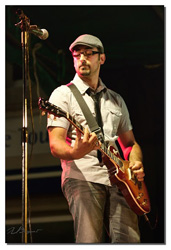 This is a technician of talent, but it is especially a genius arranger, by his sensitivity and musical knowledge, continually improves LM compositions. He is also the best vocal that accompanies the singer. 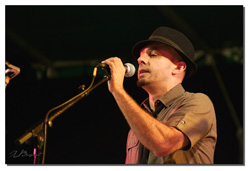 He is the safeguard of sound on stage but also in music rehearsal. Generous, he is still ready to listen and he knows to guide decisions because he’s still good advice for the LM group.

Soon as he can during the show, he appears on stage to harangue the crowd and give her voice to accompany the singer. 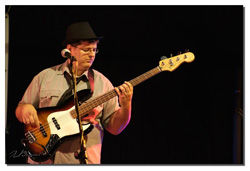 Providing the power and groove with the drummer, he is also involved in the arrangements of LM compositions. He loves the technical challenges, while trying with success backing vocals when necessary.